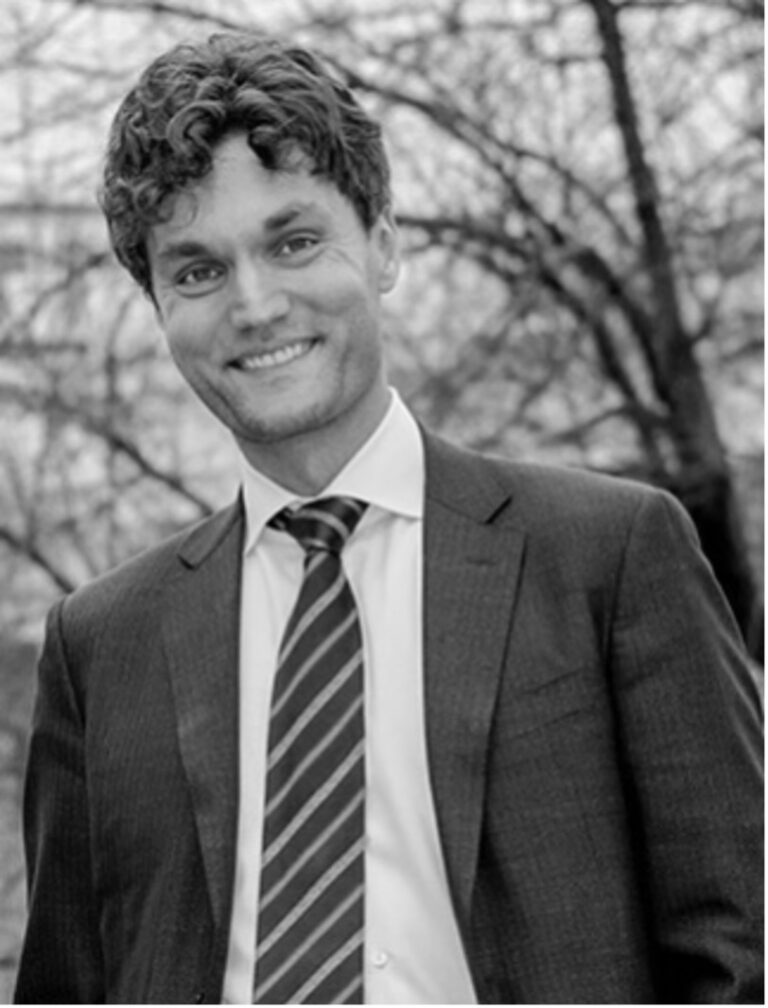 Nicholas (Nick) Daube is Counsel at Resilient LLP. He maintains a broad practice in all aspects of climate change, energy, administrative, and indigenous law and public policy. He offers clients a deep background in both the public and private sectors, including extensive experience in public and private law, financial sector regulation and climate change policy.

From 2015-2021, Nick served as a senior advisor to three provincial and two federal cabinet ministers, as well as to the former premier of Ontario. In these roles, Nick was engaged in significant work in the areas of financial sector and pension regulation, trade, sustainable finance and economic transition, carbon pricing, and litigation. He served as Senior Policy Advisor to Ontario’s Minister of Finance and then Director of Policy to Ontario’s Minister of the Environment and Climate Change during the implementation of Ontario’s first carbon pricing regime, as Director of US Relations to the premier of Ontario at the time of the NAFTA negotiations, and most recently as Director of Policy and Litigation to Canada’s Minister of Justice and Attorney General through the period of the COVID pandemic.

From 2008-2015, Nick worked as a litigator at two leading firms in Toronto. He acted for many of Canada’s leading companies on matters primarily relating to commercial law, insurance, professional negligence, and class actions. He has appeared before all levels of court in Ontario, as well as Canada’s Federal Court of Appeal and the Supreme Court of British Columbia.

Nick was called to the Ontario bar in 2007 and is a member of the Law Society of Ontario.